The Best Photos of the Day

The Rivalry of Rembrandt and Jan Lievens

Flashback
On a day like today, Dutch painter Hendrick Avercamp was born 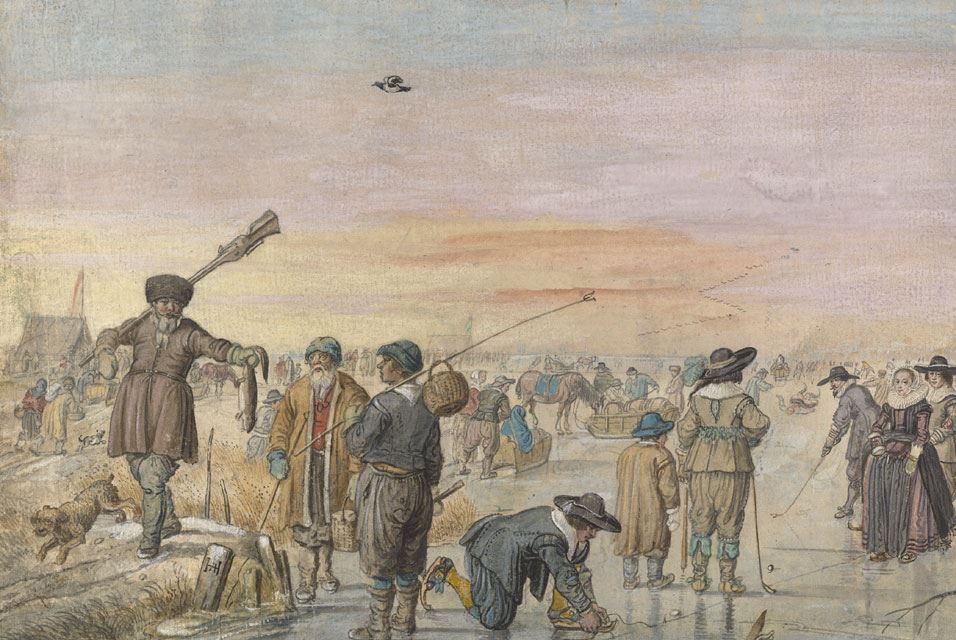 May 27, 1585. Hendrick Avercamp (January 27, 1585 (bapt.) - May 15, 1634 (buried)) was a Dutch painter. Avercamp was born in Amsterdam, where he studied with the Danish-born portrait painter Pieter Isaacks (1569-1625), and perhaps also with David Vinckboons. In 1608 he moved from Amsterdam to Kampen in the province of Overijssel. Avercamp was mute and was known as "de Stomme van Kampen" (the mute of Kampen). In this image: Hendrick Avercamp, IJsgezicht met jager die een otter toont. Rijksmuseum Amsterdam.

Tell a Friend
Dear User, please complete the form below in order to recommend the Artdaily newsletter to someone you know.
Please complete all fields marked *.
Sending Mail